How excited was I to receive these in the mail yesterday?? 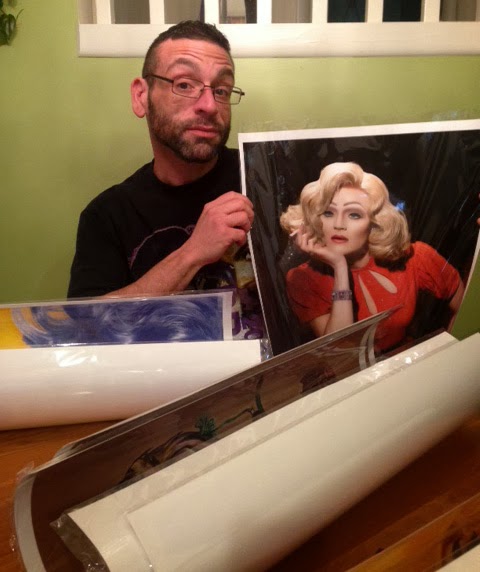 When I had the opportunity to trade artworks with renowned photographer Mike Ruiz I didn't just jump, I POUNCED at it. I have been a fan of Mr. Ruiz for a very long time. Not only because he creates flawless and fierce imagery that exudes style and a distinct sense of FUN, but because he is the type of artist I strive to be. Community is never forgotten or left behind. He uses his gift and vision as a vehicle to give back. He has been a long time supporter of GMHC, the oldest provider of HIV/AIDS care, prevention and advocacy and the Ali Forney Center, a shelter for homeless LGBT youth in New York City.

I am proud to have my works included in his art collection and thrilled that my partner and I now have a small collection of his images to build on.  WIN-WIN!

Support artists who give back. 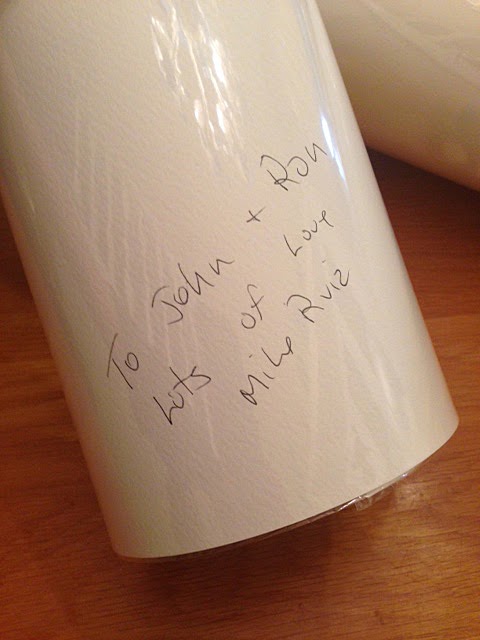 Both pieces are currently available from Studio 4, Old Town or Latin Pop Shop on Etsy.

As an artist who strives to promote diversity I LOVED this ad and am deeply saddened by the ignorant outrage against it.


So much of the expressed opposition came/comes in the shape of name-calling and slur-slinging tweets and posts. Less crass (but equally outspoken) protest comes from people insisting that it is a great disrespect to sing a song so meaningful to our nation in any language but English. To these people I wish to remind that not even a year ago a very similar backlash occurred against a Mexican-AMERICAN child who sang our national anthem...in ENGLISH.

Today, I am transported back to a time in my youth when I did everything in my power to subdue my Latino heritage in order to "fit in" and achieve a semblance of acceptance and social success. It didn't take long from the time we arrived in New Jersey from Puerto Rico for me to realize that I where I came from set me apart from so many of the other children in a very distinct way. The kids who spoke English as a second language kept to themselves, mostly. At best, they were not included in group activities, at worst we were laughed or giggled at if we had trouble reading out loud or answering a question due to the language barrier. It didn't matter that we were trying. I had to repeat a year of school due to this difference and I managed to master the English language just enough to "pass" and get by without much issue by only putting forth my Italian heritage from that point on. Ironically, it was my Italian-American mother who felt great disappointment at this and insisted I should always be proud of my Caribbean upbringing.
I really only remember one or two other Hispanic students (I'm sure there were more) in my high school class. So much a secret did I wish to keep my Latino heritage in order to fit in, that I was afraid to show too much knowledge of my own first language and would occasionally fumble a question or two in Spanish class. How ridiculous of me. It wasn't until I became an adult that I began to gain the confidence to truly understand the importance of being true to ones roots.

I feel for every kid out there who today sat in a classroom or opened up twitter or Facebook only to see a country (their country) outraged over a tv ad that simply depicted that America is made of many colors and cultures and that each culture on this land has (or should have) the freedom to express their love for this nation and the American dream in a way that is authentic to who they are and wherever they may originally come from.
Posted by John Gascot at 1:24 PM 1 comment: