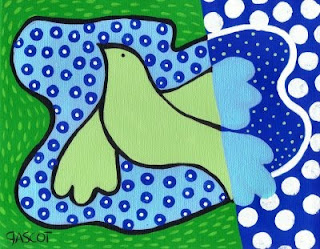 Paloma en Nube (verde)/Dove in Cloud (green)
Acrylic on canvas/8x10"
Posted by John Gascot at 11:32 AM No comments:

This week I will concentrate on the tragedies of this particular challenge.
It never ceases to surprise me just how little some aspiring designers actually know about real women. As a contestant of Project Runway, how do you not know that this is a challenge that will eventually pop up? I mean, Come on! Heidi is only pregnant like every other season.

This week offered up some real doozies and left us pondering the age-old question:
What came first? The chicken or the bowling bag?
Ra'mon (no, not just plain Ramon, god-forbid!) sent the lovely purple and lavender bowling bag with legs down the runway. His reasoning being that he would design something for Ms. Romijn as if she weren't 15 months pregnant...except she's like on her 18th month. (twins will do it to ya everytime) 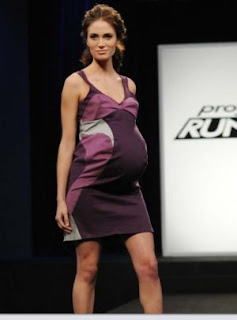 Malvin...oh, sweet, soft-spoken Malvin. Where do I start?
Is it a pre-requisite that every design show have someone with fucked up hair whose every move is other-wordly, life changing and "conceptual"??? I'm sorry, but we've seen you before Malvin. You were James-Paul, just weeks ago, in Bravo's attempt at retaining their Project Runway audience, The Fashion Show. Actually, you were also kind of Johnny R. in that show as well.
My point being. Artsy-fartsy, bad hair and weird clothes a "designer" do not make.
Goofy designers like Galliano, Betsey Johnson and Vivienne Westwood, get away with their appearances because there is great substance and beauty in their clothes.
I don't quite know what to say about Malvin's concept. What about a very pregnant, very full and very beautiful Rebecca Romijn makes you say: I know! I'll dress her like a chicken! ? 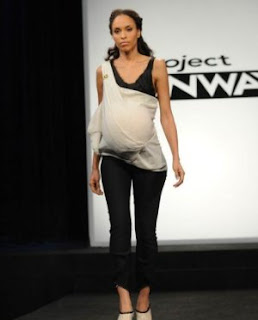 I broke my belly and the doctor put it in a sling.
Does this model look happy???

Also on the chopping block was Mitchell, who should've had a clue his creation was headed down the wrong path when he was able to fit a contestant inside each leg of the shorts he was sewing.
Ra'mon was safe and hopefully learned a lesson about the female form and its various states.
In the end Mitchell stayed and Malvin was sent home.
I know that a lot of folk out there will probably say Malvin should have stayed on the basis (or beleif) that he was a true art-iste with deep philosophical ideas and "conceptual" designs.
But let me ask you this ladies: How many of you want to wear an ugly unflattering outfit with a deep (and I mean do deep, as in buried way way someplace in there) message you will most likely have to explain to everyone who points, giggles and whispers when you enter the room?

I might not care for Mitchell's sloppiness, but the idea behind his design was accessible and current and actually kind of "hip". Had it been properly executed might have even landed him a top spot for the week. 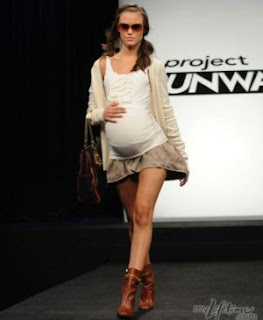 In Mitchell's defense he thought this was also a Survivalist Challenge.
The shorts double as a tent.

PS. My favorite looks were Gordana's and Irina's.

LIZ LANGE, you've nothing to worry about!
Posted by John Gascot at 12:56 AM No comments: 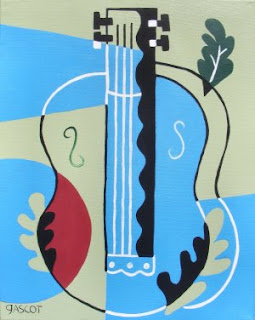 Unplugged
Acrylic on canvas/16x20"
Posted by John Gascot at 12:01 AM No comments: 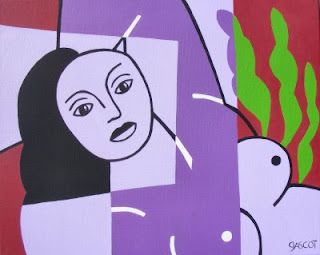 I am honored to say that I've been asked to donate a piece to the HRC's Thirteenth Annual National Dinner.
The HRC National Dinner is the single largest annual fundraiser for the Human Rights Campaign. Not only does it raise essential funds through corporate sponsorship, ticket, raffle, silent auction and program book recognition page sales; but it also is an important and exciting event where over 3,000 like-minded and dedicated LGBT people and allies can connect, energize and focus on our work that lies ahead.
I will be donating a 24x30" original. I will be revisiting "One Heart", which I first painted as a gift (as an 8x10") for my partner, Ron. I think it couldn't be more fitting for the occasion. 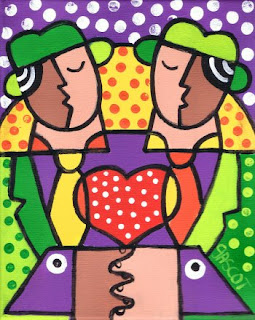 This event will take place on October 10th, the eve of the upcoming National Equality March.
More to come...
Posted by John Gascot at 12:01 AM 1 comment:

Oldies But Goodies: Green Bass in a Yellow Room 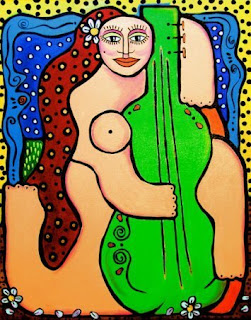 The Return of Project Runway

Well damn! If Lifetime did not blow me away last night by slappin me in the face with a night full of RUNWAY! I admit, I was strongly opposed to the idea of the show moving to the network. The thought of possibly hearing something like Don't miss a new Project Runway, followed by Designing Women! made me ill (even though I will admit to loving Designing Women). Instead, I was pleasantly surprised.
Really looks like they're re-vamping things.

I thought it was a pretty brilliant move on their part to add Models of the Runway and have a "flipside" companion show.

LA still seems strange as a setting, since NY was SO a part of PR all the previous seasons. But with the judging panel and Heidi intact, nothing seems too different.
And Kors is Orange again! YAY!

Did it always start with 16??? Seems a lot (but not complaining).

Off the bat the contestants seem stronger than that last awful season. 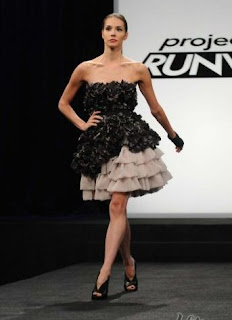 Keepin my eye on: Christopher, Epperson (his dress was very Tilda Swinton!), Gordana (I went to high school with a girl named that) and Shirin (That cape-into skirt TRANSFORMERS cocktail dress was tres-clever!

Mess of the week: 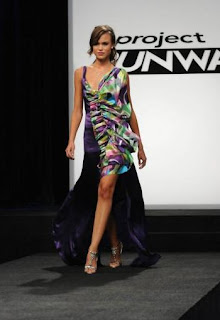 I'm excited that Qrystl (come on with the name spellin NAH!) designs for different sizes (real sizes) but her gown was tragic. As if a clown threw up all over the front of it. Lawd.
When she said her dress was an Emmy dress, she should've specified it was a DAYTIME Emmy's dress or better yet...a SOAP OPERA DIGEST AWARDS dress.
Posted by John Gascot at 11:04 AM No comments:

Ha ha! I know what y'all were thinking and quite frankly...
I'm not at all shocked. 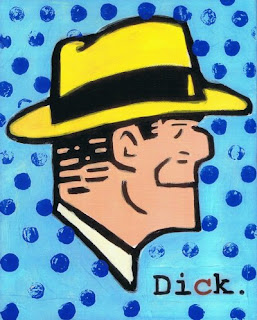 Oldies But Goodies: I Do! 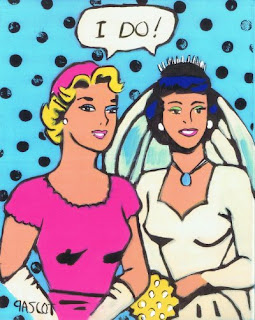 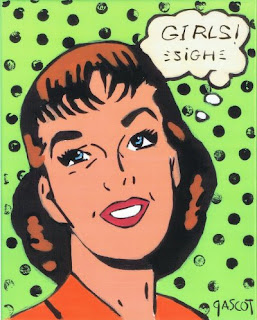 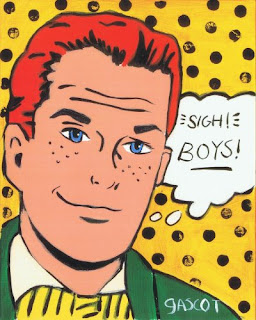 I am currently working on new Latin Pop paintings.
For the remainder of this week, in the meantime, I will feature some older (sold) pieces, of which I've just added prints to my Etsy shop. 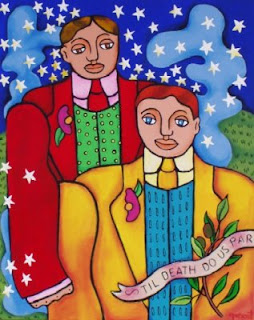 American Wedding
Giclee on canvas
Posted by John Gascot at 12:01 AM No comments:

If you think you only know them as "those girls from Prince & the Revolution", you are mistaken. Their brilliant collaborations (Purple Rain, Around the World in a Day and Parade) with Prince might have thrust them into the public eye and Pop-consciousness but Wendy Melvoin and Lisa Coleman established themselves as greatly skilled innovative artists in their own right long, long ago.
If you're not already a die-hard fan, as I am, it is possible that you might not be aware that they've released 5 studio albums (yes, I still say "album") since their Revolution days. However, if you are familiar with Seal, Sheryl Crow, Eric Clapton, Liz Phair or Grace Jones (to name a few) you have probably heard their work as sessionists, songwriters and/or producers.
If you watch tv or go to the movies, you might also be more familiar with their work than you realize. The award-winning duo (ASCAP's "Composers of the Year" for their work on "Dangerous Minds", the theme to HBO’s Carnivale, Crossing Jordan and Heroes) is responsible for the scores of various films as well as tv shows.
Recently Wendy and Lisa granted OUT Magazine a candid interview in which they coined the tongue-in-cheek phrase "Fancy Lesbian" (much to Prince's chagrin, as it was used to describe him LOL!). They will be included in this year's OUT 100, the magazine's annual list of the year's most interesting, influential, and newsworthy LGBT people.

Be sure to pick up their latest album:
White Flags of Winter Chimneys! 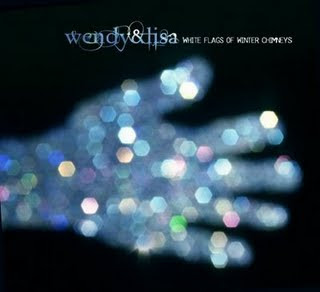 And if you're feeling "Fancy" pick up one of their awesome tees! 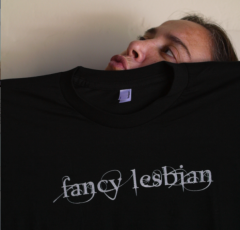 In the meantime, here's their latest video "Salt & Cherries (MC5)", which was partly fan-created:

I was somewhat confused after receiving the following response from submitting images of the Zen Flower paintings below:

"I like the idea but maybe the women should be a little more attractive. She looks a little like a body builder with the thick neck and huge shoulders!! It may be that you don’t like archetype figures but they do sell better."

I know this was someone just expressing their thoughts honestly. I'm not upset. I developed my thick skin long ago. I would understand (and quickly shake off) a simple "I'm sorry, I don't think those would work." or "Those don't do anything for me." But the criticism/suggestion is very specific and coming from someone who by now should be somewhat familiar with my work so I am a bit perplexed. I can't recall ever painting delicate female figures. The thick and curvaceous/larger than life/earth-mother-ish imagery is part of my whole "thing". It's even explained in my Artist Statement.

The critique is also coming from someone experienced in Art Marketing so my intent is not to be dismissive or to imply it isn't sound. I've always been aware that art is no different from any other business, but I guess the romantic in me considered its subjects immune to your typical concerns of size and beauty. Oh, foolish me.

I have no immediate plans on changing my style (or my women). I'm not saying I will never feel inspired to paint slim figures, but in my Latin Pop work, slim women will always be outnumbered by larger ones.

What would Leger and Botero paintings be without large women?? 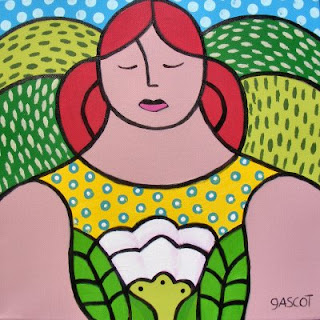 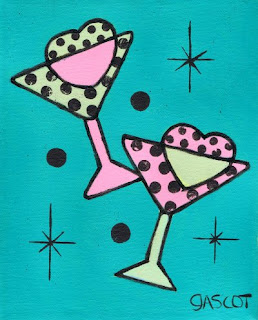 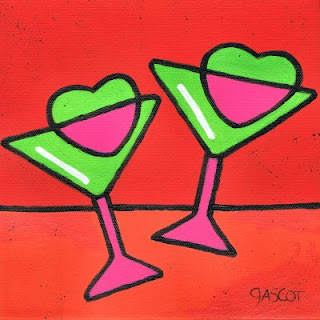 I started out making "When Prince Met Bria" and "When Bria Met Tamar" as a goof. I then got some requests to come up with more scenarios and now there's quite a few other fans making these. Silly fun! LOL. 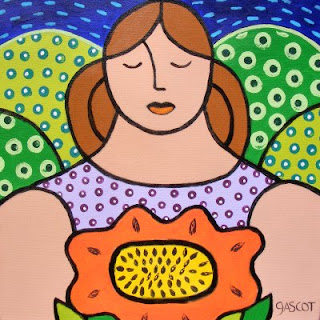 I did these a while back and am down to a few left.
I've just added them to my Etsy Shop. 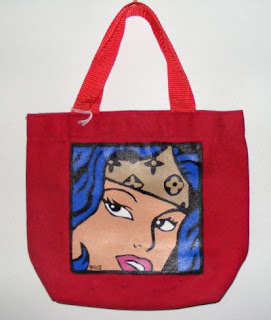 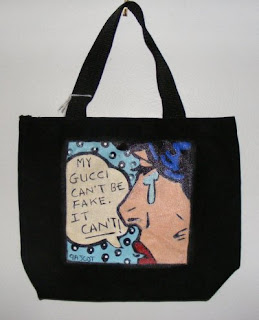 My Gucci
Posted by John Gascot at 12:33 AM No comments: 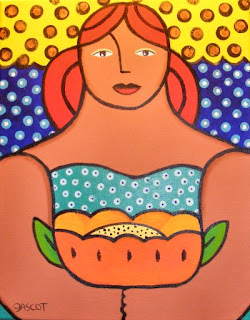 Our "Bikinis & Martinis" opening reception went off without a hitch this past Saturday.
We had a great turnout and quite a few sales on opening day. 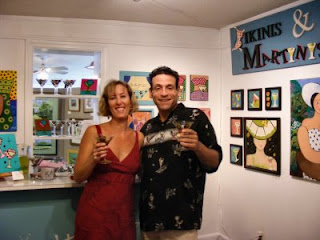 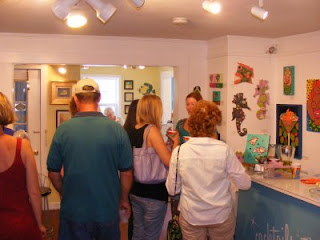 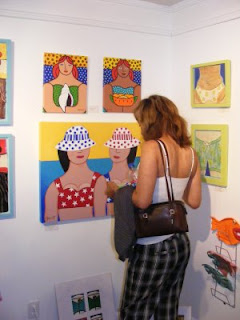 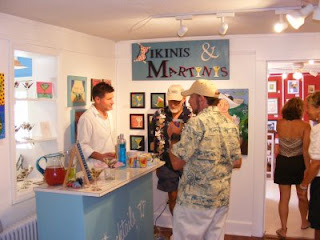 Many thanks to all who helped out, spread the word and attended.
Posted by John Gascot at 11:53 AM 2 comments: