Check it out!
Monthly/Seasonal newsletters will include discount codes, featured items and new artists. 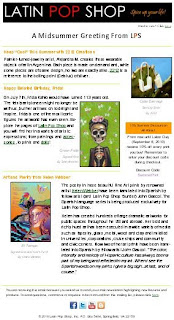 If you wish to subscribe, you can do so on the lower left column of our website.
Posted by John Gascot at 12:56 PM No comments: 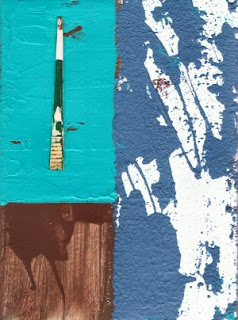 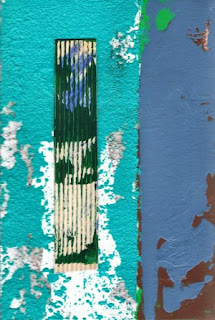 Check out this great Etsy Treasury titled Invitation to a Cocktail Party!
It's filled with lots of lovely and fun cocktail-ly items that include jewelry, dresses and more.
There you will also find Cosmopolitan With Blue Heart by moi. 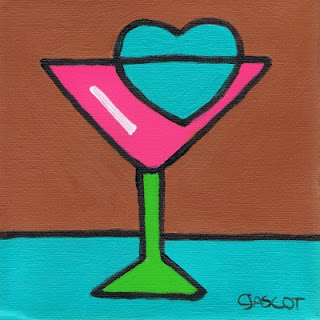 Cosmopolitan With Blue Heart
acrylic on canvas
6" x 6"
Posted by John Gascot at 12:29 AM No comments:

Most of us are familiar with the old adage "If you love something, set it free." This is not only a lovely sentiment but also a constant practice for artists. As individuals who have an innate need to translate our thoughts and feelings into visual, tactile and audible forms, we seldom create with the intention of retention. That said, a true bond does occur between artists and their work.

For as long as it has been documented, art-making has been compared to the birthing process and paintings to offspring. While physically, the comparison seems absurd, conceptually I get it. I've heard many a woman say that she initially bonded with her children at that amazing moment when she first felt them move within her growing tummy. Others say the bond began immediately after they learned that they were pregnant. Some artists bond with their work from the moment of conception. I bond with mine during its execution. Once the composition begins to fall into place and the piece has communicated to me what its colors will be, I know that I have embarked on a new and complicated relationship.

Read the rest of this piece on:

My life was changed forever.
Lucky me! 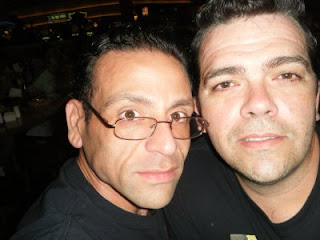 Happy Anniversary to my Ron.
I couldn't love you more.
Posted by John Gascot at 1:29 PM 5 comments:

Well guys, you can't win 'em all.
While we did not win the Grand Prize, Latin Pop Shop still received a prize package worth almost $5,ooo as well as upcoming promotional opportunities. Certainly nothing to sneeze at!

We sincerely thank BigCommerce for this whole experience and look forward to growing and working with them.

In appreciation of everyone's support we are offering a store-wide 15% discount until July 31st!

Posted by John Gascot at 9:27 AM No comments:

These two paintings are mixed media and collage on canvas and each measures 5 x 7 inches. 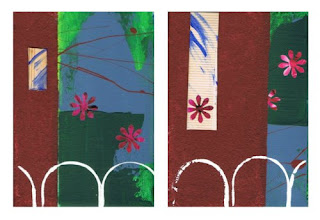 It's time to play Name That Abstract!
What names do you suggest for these guys?
Posted by John Gascot at 12:34 AM 4 comments:

Last week I did not pick up a brush or get any paint under my nails. The BigCommerce contest took over my entire week. Thank you for your votes and support! The Grand Prize winner will be announced on the 15th, so keep everything crossed until then.
Over the weekend, I was able to escape into the studio on a few occasions. I'm headed back in there right now!

In the meantime, I've added these tiny landscapes to my Etsy CLEARANCE.
Each measures just 4"x4". 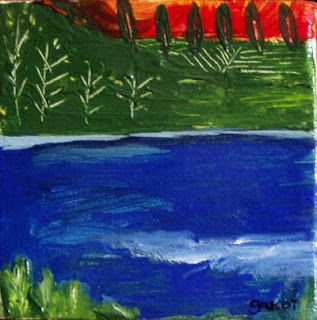 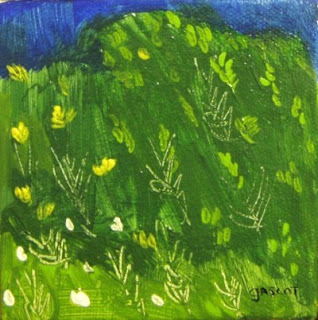 Wild
Posted by John Gascot at 2:05 PM No comments: